Kids can make little Easter gifts today from 2 to 3PM at Jo-Ann Fabric and Craft Stores nationwide. Jo-Ann will be supplying all the materials and the event will last until the supplies run out.
There specifics are here and kids will be making flowers out of cupcake liners.

Posted by kratzy at 8:59 AM No comments:

Book Review: The Devil walks in Mattingly by Billy Coffey

This book by Billy Coffey is labeled a supernatural thriller and I selected it for review because it came from a Christian publisher, but the topic itself did not seem to fit a Christian motif. The book is a thriller that deals with the question of guilt and how not openly talking about the past can have long effects into the present and possibly the future. 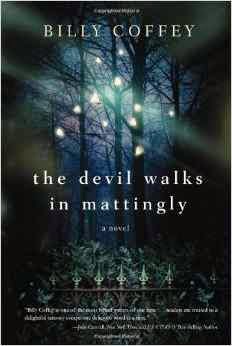 The town of Mattingly in Virginia is home to three main actors in this story. There is the sherriff Jake Barnett and his Kate as well as the recluse Taylor Hathcock. Despite very different characters, these three people are bound by a shared guilt about the death that happened long ago.

Phillip McBride's death was ruled a suicide a long time ago, but to this day all three people feel guilt about contributing to his death. Each lives in their own personal version of guilt ridden hell, trying to do good to avenge the feeling of guilt that is gnawing at them. But despite their best efforts, doing good cannot overcome the feeling of guilt that is eating them up inside.

When a robbery of a convenience store leads to another killing, the three people must face their past to conquer the future. If not tackling the long ago past, their future and the future of Mattingly could be at risk.

I liked this book because the thriller aspect was in part the fight that each person had to deal with in overcoming the past. The inner struggles, that they feared to share with others, are things that each of us face at times and seeing how the struggles get resolved in the book was interesting and to some degree helpful to read.

Overall, despite being published by a Christian publisher, this is a fascinating book without too strong Christian overtones and as a thriller it provides a novel and fascinating look into the psyche of human beings.

Disclaimer: I received a free copy of this book in exchange for an honest review. The opinions expressed in this review are solely my own and have not been influenced by Thomas Nelson Publishing or any third party.
Posted by kratzy at 9:54 PM No comments:

April 11 only, download a digital coupon for a FREE Nestea! Redeem through April 26, 2014. 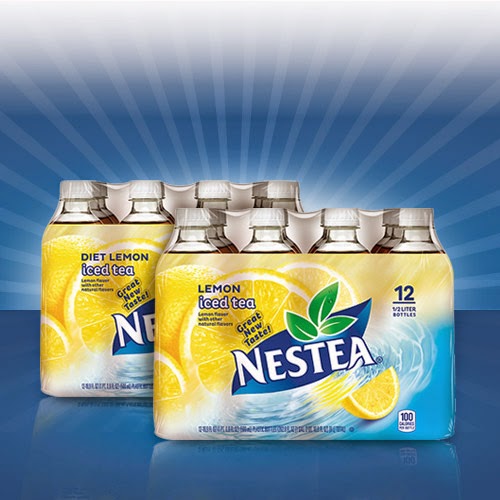 Posted by kratzy at 8:51 AM No comments:

This evening, Sam's Bottle Shop had their extended grand opening and to my pleasant surprise they still had the food truck there for KoKyu, the Korean BBQ place. I settled for a nice dinner with duck fat waffle fries - much more indulgent than any fries you have tasted before. I also had the coconut curry brisket tako, spicy and fresh and fruity all at the same time. The portion size is definitely filling and the total prize was $8, which is not bad for a complete dinner that is almost gourmet in flavor.
When you have a chance to sample KoKyu and get their duck fat waffle fries, make sure you get the special sauce - a mix of hot sauce and cooling sauce that makes a great contrast to the sea salt sprinkled fries. I am definitely looking forweard to the next time when KoKyu will show itself around South Durham.

Posted by kratzy at 9:07 PM No comments:

you will need an account at Walgreens.com and upload your pictures. But Walgreens is through 4-3-14 offering 10 free 4x6 prints with code 1FREEPICS10 (at checkout).

This weekend I found pre-chopped veggies on clearance at Kroger and when I also found some reduced for sale mushrooms, I decided that it was time for some home-cooking that did not involve soup. I looked for reduced for sale meat and found chicken thighs and also added some spinach, bagged for salad, that had also been reduced.

At home, I skinned and de-boned the thighs, then quickly browning them in some vegetable oil to make sure they were cooked through and browned on both sides. Then I removed the meat from the pan and added the stir fry vegetables, the mushrooms and let them simmer in some chicken stock until they were soft. Lastly, I added back the chicken cut into bite-size pieces and then cooked the fresh spinach until it was wilted. Adding some sour cream to thicken the sauce, curry for some flavor and I had a filling chicken curry stew that took about 20 minutes to prep.

I paired the stew with some crusty bread and using chop sticks, we had a wonderful dinner that cost less than $10 for enough stew to feed 4 to 6 people.

Posted by kratzy at 8:05 PM No comments: